Zoom webinar in english: «How the Bible survived the Roman Empire against all odds» by Paul Aitkenhead 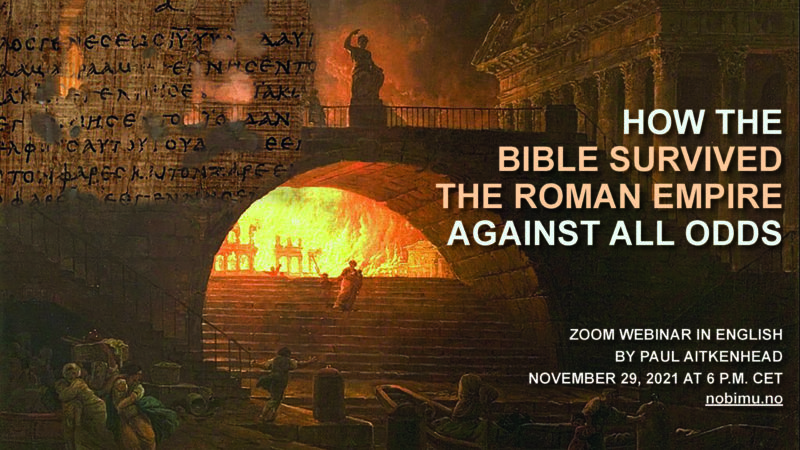 The Bible is a book that has survived against all odds, many attempts to stop its use and distribution. Emperors in the Roman Empire commanded a gruesome persecution of the first Christian which lasted until the middle of the fourth century. Bibles were burned and many people suffered death as martyrs because of their faith. Why were the Christians the object of such hate in an otherwise tolerant society, and why was the Bible considered so dangerous? It is a fascinating story about emperors like Nero, Domitian and Diocletian who tried to force people to renounce their beliefs, about people who showed integrity in the face of persecution and how the mightiest empire in the world could not stop a book. It is a story we can still learn from today.

The presentation will be on Zoom Webinar, a service for seminars and other public events online, where only the speaker will appear and be heard. None of the participants will be visible. After the lecture, there will be a questions and answers session.

The talk is free of charge and in order to see the talk on Zoom you will need a link that you will receive by email after registration. Click here for Webinar registration.

+ Legg til i Google kalender+ Add to iCalendar 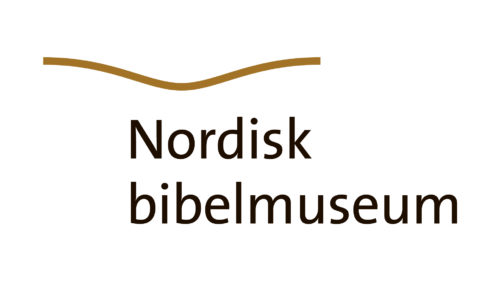 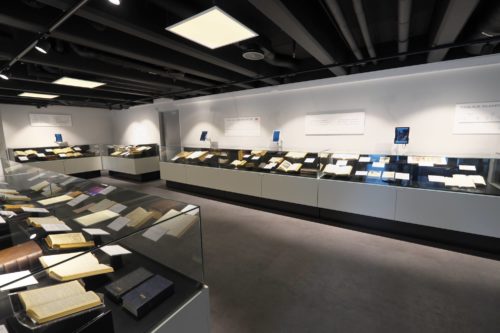