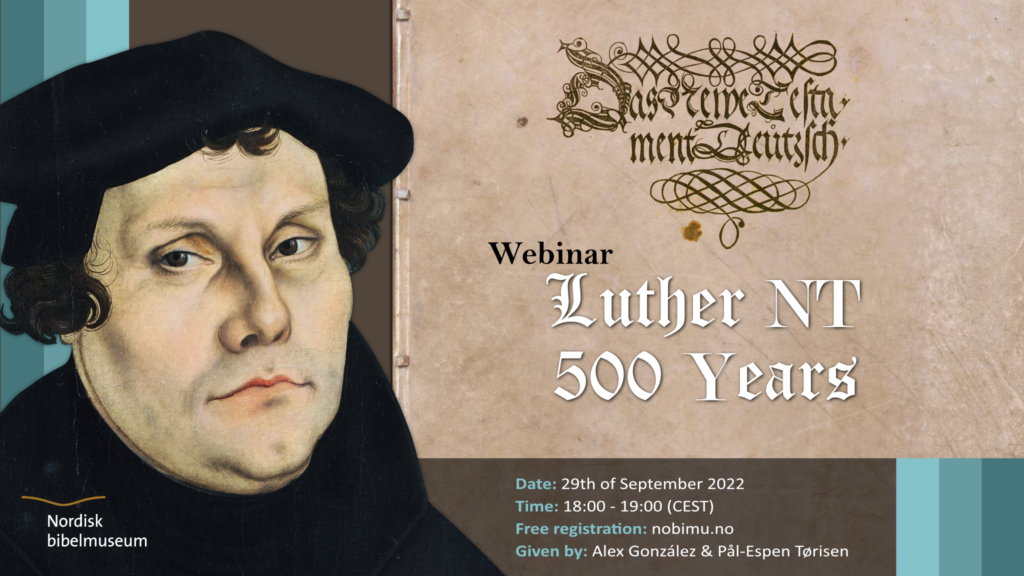 In September 1522, one of the most important books in history was published by the German reformer Martin Luther. This was his translation of the New Testament into German – the first time the New Testament was translated from Greek into a modern language. Luther’s translation became the model for a wealth of translations into other languages, including Danish, Swedish, Icelandic and Finnish. Through his bible translation work, Luther in reality formed a unified German language.

The webinar is divided into two parts. The first part deals with the basis and prehistory of Luther’s translation, while the second part covers the work with the translation and its aftermath and influence.

The talk is free of charge and in order to see the talk on Zoom you will need a link that you will receive by email here.